Home › Violence › Calling Out Misogyny For What It Is

Calling Out Misogyny For What It Is

The killings last week in La Isla, California, in which four men and two women were killed by the scion of a wealthy Hollywood family, cannot be ignored or explained away.  With an eye to posterity and potential infamy, the killer left a record of YouTube videos, well-documented forum accounts and most glaringly, a 141-page sprawling manifesto which outlines his reasons for going on a massacre and taking his own life. Common to all these digital remnants is the thread of a sickening and all-consuming hatred of women and a strong sense of ownership over the female sex. 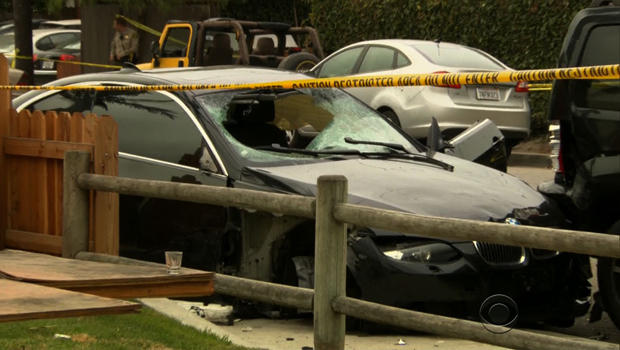 He imagines a world in which women are confined to concentration camps, where he has a godlike power over their breeding and usage. In his last video before the spree, he claims that his goals are to “slaughter every blonde slut” he sees and to “punish” women for not being attracted to him. Clearly, misogyny of a particularly virulent kind is the motivation for this murder – a motive the killer clearly and repeatedly states. This was about control of women, this was about power, this was about punishing women for their choices.

This concept was even understood by the monstrosities of the “manosphere” crowds, from whom we have heard that all this could have been avoided had the killer possessed game, or if women weren’t such bitches, and who have warned that more murders will be forthcoming. The root cause — the desire to control, to possess, and to dominate women and a hatred of their autonomy — couldn’t be more apparent, right?

Wrong. The murderer, rather than being tagged as a PUA Hater, MRA extremist, or misogynist, is instead being presented to us as “troubled,” as if anyone who goes on an unjustified killing spree can be considered sane. Suddenly, his high-functioning Aspergers becomes the smoking gun, while his hate is pushed aside and becomes irrelevant. “He can’t be a misogynist,” we’re told, “he killed four men.” Clearly his failure to accomplish his stated goals renders them entirely moot.

Rest assured, if the killer had been a Muslim and had left dozens of YouTube videos extolling Sharia law, purdah, or advocating for jihad, we’d be hearing about the ‘sword verses’ ad nauseum, while vigilantes clobbered anyone with a turban. If he could be traced to Islamist forums, or to a radicalizing trip to Yemen, we’d have no problem assigning blame to an ideology and demanding blood in recompense.

The difference between our massive overreactions towards a foreign ideology and our overwhelming ‘meh’ towards the USCB killer’s blatant misogyny illuminates what we feminists have long known and what the #yesallwomen hashtag so eloquently expresses: that misogyny is not an unfamiliar ideology in America. Rather, it is the default – a deeply familiar and ingrained mode of thought that animates much of our discourse and behavior.

The murders at La Isla, then, are a difference in magnitude, but not kind, from the same sort of violence and hatred that is expressed each and every day against women in public and private. The murderer’s twisted hatred of women, of himself for being “involuntarily celibate” (or, in PUA parlance, “incel”) of not getting the sex he was told he deserved — these are merely the thwarted desires of the friend-zone brigade writ large. His actions were the dark conclusions of a culture that is choking on hackneyed phrases of nice guys getting the girl, of a place where “blue balls” are still, inexplicably a thing, and where women’s clothing is seen as an invitation.

Our culture is one where rape threats invariably accompany a woman’s strong opinion — whether that’s about video games or rape culture itself — and where “no” is a negotiation, not an absolute. The massacre in La Isla, and indeed, all the manifold forms of violence, intimidation and coercion aimed at women, are not freak occurrences, but everyday events.  It’s time we put an end to this social disease, once and for all. The first step in doing so? Let’s call it what it is: misogyny. Not extremism, not “crazy,” not isolated incidents — misogyny.