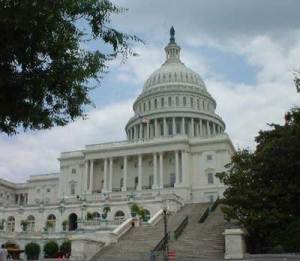 Hats off to the Senate, which today rejected the House’s budget proposal that aimed to defund Planned Parenthood and family planning. WOO HOO!

According to an action alert I received from NARAL Pro-Choice America, the organization is planning a national lobby day as the War on Women continues:

Believe me, this is not over – not by a mile. We have to harness that energy to stop the entire anti-choice War on Women. That’s right – we still face extreme bills in Congress that could change women’s access to abortion and birth control forever. In fact, today a key House committee scheduled a third legislative hearing on H.R.3, the extreme “Stupak on Steroids” legislation, for next week.

Our next step is organizing a 5,000-person pro-choice lobby day in Washington, D.C. on April 7. We will be joined by our partners at Planned Parenthood and other major pro-choice organizations.

Great job — and many thanks — to all the pro-woman, pro-family planning activists who spoke out against the House’s attempt to defund Title X! Let’s keep it up!!!