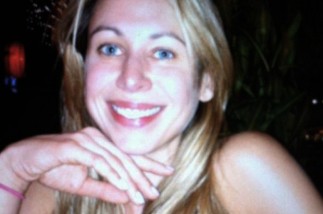 A New York City woman embroiled in a custody case with her physically abusive ex-husband risks losing her children because she had an abortion.

Salon has the details:

When they divorced in 2011, Houston megabanker Manuel John Mehos, 59, had no problem granting Lisa Mehos, 38, sole custody of the couple’s two young children in New York City. But after Mehos, founder, president and CEO of several banks, was charged with battering his ex-wife, he changed his mind and decided he was the better parent. He claimed the black eye, fractured finger and hematoma his ex-wife suffered were not from abuse, but from botox injections. And the charges were ultimately dropped. But, Mehos and his lawyers argued, it was actually Lisa whose behavior made her unfit to care for her children. You see, in addition to a botox procedure, Lisa had an abortion….

Court transcripts reveal that Alter has argued — and Judge Sattler has agreed — that the abortion speaks to Lisa Mehos’ credibility. First, Alter says Lisa was dishonest because she claimed to be Catholic but had an abortion….

Alter and Sattler have also said in court that the abortion undermines Lisa’s claims that she had not had men over to her house….

While it’s not exactly shocking to hear of an ex stooping to such lows, it is shocking that acting Manhattan Supreme Court Justice Lori Sattler has allowed Lisa’s abortion to be introduced to the proceedings. This is problematic on several levels.

Not only does this unnecessarily further entrench abortion with stigma, it sends a message that women who have abortions are untrustworthy, subhuman and unable to love and care for others. When you consider that 35% of American women will have an abortion, and 6 in 10 American women who have an abortion already have a child, this message quadruples its danger. That’s a LOT of women who terminate pregnancies — that could be you, your mother, your grandmother, your best friend, your boss, that lovely Judge Sattler. You get my point: when something as common and widespread as abortion care is deemed incendiary, we (women) all suffer.

Furthermore, this case reinforces the double standard of men’s sexuality being a-OK, but not women’s. You see, a forensic psychologist testified that Mr. Mehos had confessed to paying for sex at massage parlors. Apparently, his engagement in illegal sexual conduct is irrelevant to his ability to parent, but the same can not be said for his ex-wife. Instead, her sexual and legal healthcare decisions are fodder for scorn and condemnation, and may rob her of her children.

Should Lisa lose custody of her children because she terminated a pregnancy, the legal and cultural windfall could be detrimental. Imagine the thousands (millions?) of anti-choicers who would love nothing more than to leverage this against women. It’s sickening.

What can you do? If you are in the NYC area and can attend, show your support for Lisa during court on December 4th and 12th (9-5p):  Hon. Lori Sattler, Room 308 (3rd Floor), Supreme Court, 80 Centre Street, Manhattan.