Note: Originally written for The Beauty Bean. Republished with permission. 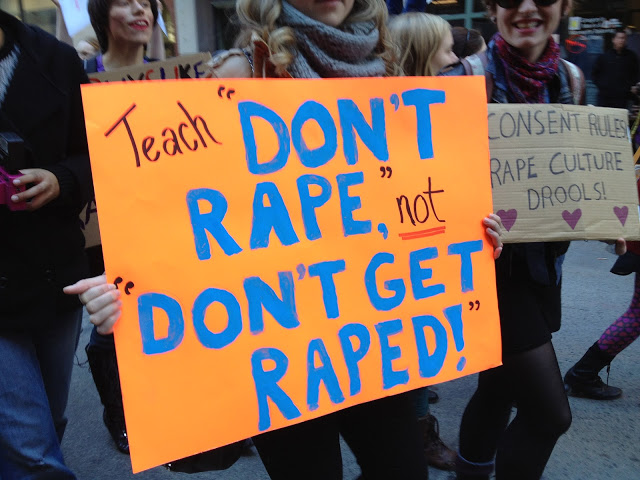 There’s bold, and then there’s Cabri Chamberlin. If you aren’t familiar with her name, you should file it under your brain’s index of “fearless.” She epitomizes the very meaning of the word and is setting an example for sexual assault victims everywhere.

Cabri is a Wesleyan University student who was raped in front of a crowd of onlookers at a campus frat party. Now, she’s suing the fraternity (Psi Upsilon), 11 of its members and the alleged rapist. What’s more, she’s using her name in the press.  She explains:

“I’m proceeding in this case with my real name instead of ‘Jane Doe’ because as the victim of a heinous violent crime I’ve done nothing wrong and have nothing to be ashamed of,” Chamberlin said in a statement provided by her lawyer. “I can’t even describe the pain of being raped, or how much it alters a life, and no other person should ever be forced to have that experience. I hope my experience and lawsuit will create changes that protect others.”

As a rape victim myself, I understand all to well the feelings of shame, anguish and blame survivors experience. And these emotions aren’t just a product of trauma, but of a culture that inexplicably indulges in victim-blaming and rape apologist attitudes. Rape, it seems, is the only crime in which victims are put on trial.

With her simple statement that she’s done nothing wrong and has nothing to be ashamed of, Cabri has powerfully reclaimed control – not just from her rapist, but also rape culture.

Rape culture is everywhere you look, but it is particularly prevalent on college campuses. It is an epidemic, in which alcohol is used to excuse rapists but vilify victims, and “rape guides” circulate on campus. College rape is so widespread that President Obama has created a Task Force to address and combat it.

It’s my hope that Cabri and others like her – including the Dartmouth and University of Chicago communities, which are likewise demanding sexual assault reform – are signaling a shift in the mainstream acceptance of victim-blaming and rape culture.

Reporting a sexual assault is difficult and so very brave. But to come out swinging with your game face on – in public!? That’s amazing.