What’s All the Hubbub, Hobby Lobby? 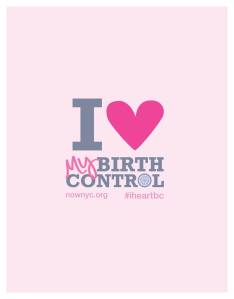 Tomorrow, Hobby Lobby and Conestoga Wood Specialties will have their day in court for one of the most dangerously anti-woman arguments to be heard by the United States Supreme Court (SCOTUS). The case, which pits religious liberty against a woman’s basic right to comprehensive healthcare, has far-reaching implications. If SCOTUS rules in favor of Hobby Lobby, employers will be allowed to refuse birth control coverage as required by the Affordable Care Act.

Since legal details can sometimes feel overwhelming, we’ve broken down the basics of Sebelius v. Hobby Lobby for you, focusing on the who, the what and the why (as in why this is a big effing deal).

First, the who: David Green, owner of the $3 billion dollar arts and crafts chain Hobby Lobby, is the largest evangelical benefactor in the world. His charitable contributions — totaling an estimated $500 million — have produced dozens of churches and Christian universities throughout the United States. He’s on a mission to spread the word of God by getting a Bible to everyone in the world… and by denying his 22,000 employees access to birth control.

The Hahn family owns Conestoga, and like Green, are devoutly religious. Anthony Hahn, the company’s President, explained his beef with the birth control mandate: “Our religion is Mennonite; that is our faith. Our company was founded on that religion as well…We feel the government has gone too far in too many instances. It’s been troubling to us as a family.” Conestoga employs approximately 1,000 people.

The what: The owners of Hobby Lobby and Conestoga argue that their religious liberty is under attack because they disprove of certain contraceptives and yet must cover them without a co-payment, as mandated by Obamacare. Specifically, Hobby Lobby states that it does not want to “provide health insurance coverage for abortion-inducing drugs and devices, as well as related education and counseling.” In case you haven’t had your morning coffee yet, that sentence deals a big blow to science and logic by incorrectly conflating birth control with abortion.

The focus will be on whether the Religious Freedom Restoration Act of 1993 (RFRA), which provides the protection of an individual’s religious freedom from the government, extends to corporations. It’s worth highlighting that neither Hobby Lobby nor Conestoga are religious organizations, nor are they affiliated with religious organizations.

The why: This case is legally significant for several reasons, all of which directly and disproportionately affect women.

1. Denying women affordable access to birth control will unduly burden them with out-of-pocket-expenses and supplemental healthcare costs, which will be a direct blow to their income.

2. As mentioned above, the plaintiffs (incorrectly) assert that birth control and emergency contraception, which respectively prevent eggs from being released or fertilized, equate to abortion. This dangerous conflation incorrectly categorizes birth control as abortion, passing moral judgment and undermining not only scientific facts, but the blood, sweat and tears of reproductive health advocates worldwide.

3. Hobby Lobby’s contestation of providing not just birth control coverage, but education and counseling as well, decimates the bedrock of our healthcare system: informed consent. ThinkProgress provides an excellent analysis of this aspect, and it’s downright scary.

4. It’s a slippery, slippery slope. Ruling in favor of Hobby Lobby & Conestoga would open a Pandora’s Box of legally permissible discriminations, a la Arizona’s attempt to refuse service to LGBT individuals. It would also, as the New York Times points out, allow “other companies to seek exemptions from other health care needs, like blood transfusions, psychiatric care, vaccinations or anesthesia.”

Make no mistake about it: the real threat to religious liberty comes from these business owners who are trying to impose their religious beliefs on their employees.