In the course of a week, the Supreme Court has dealt women two mind boggling blows. On the heels of McCullen, which struck down abortion clinic buffer zones, today’s Hobby Lobby ruling shattered common sensibility and set a dangerous precedent. In a 5-4 decision — with every male Justice on board with the majority opinion — the Court ruled that some private employers can refuse to cover birth control for female employees in their health plans, if they have religious objections to it. It singled out female contraception, ignoring evidence that birth control is basic, fundamental health care. Our nation’s highest court effectively ruled that discrimination against women is not discrimination.

Hobby Lobby’s case ignores facts — big ones, like the four types of birth control it singled out do not cause abortion, they prevent it, by preventing pregnancy — and is steeped in hypocrisy. Not only does Hobby Lobby’s employee retirement plan invest in companies that make these pharmaceuticals, but their insurance plans will continue to cover vasectomies and Viagra.

In turn, the SCOTUS men ignored the realities of women’s lives. Virtually all sexually active women have relied on birth control during their lives; contraception allows women to plan the number and spacing of their children, which directly impacts their families’ lives. It also has medical benefits other than pregnancy prevention. And, depending on a woman’s method of birth control, it’s not cheap. In her scathing 35-page dissent, Justice Ruth Bader Ginsburg underscores this very clearly: “the cost of an IUD is nearly equivalent to a month’s full-time pay for workers earning the minimum wage.” The burden of these costs will, as usual, fall disproportionately on working class women.

But, for those objecting to birth control — and those ruling in favor of these objections — the issue isn’t about women’s health or livelihoods. It is, as Jessica Valenti reminds us, about women having sex. Simply put, it is a moral judgment on women who have pre-marital or non-procreative sex.

Not surprisingly, social media exploded in the aftermath of the decision, with Twitter providing a seemingly endless supply of hilarious and salient tweets (ignorant ones too, but what fun are those?). Here are some of our favorites: 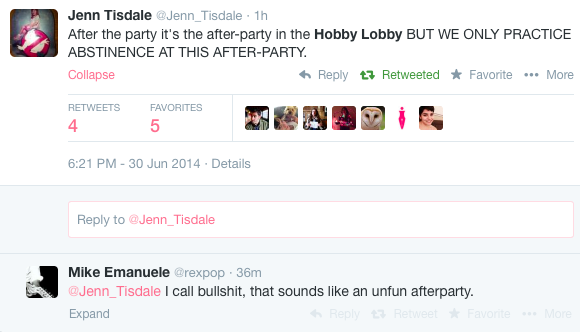 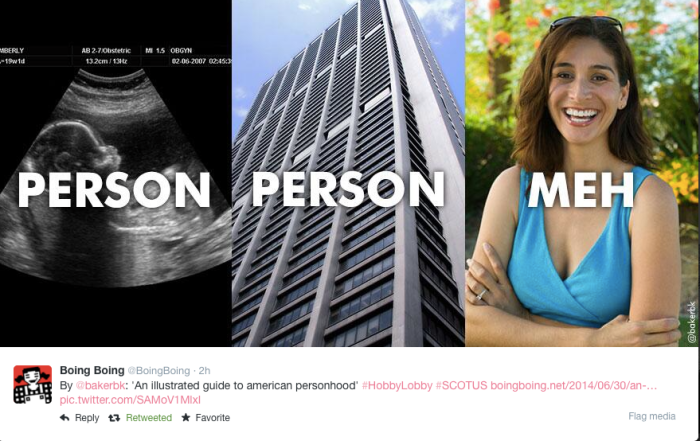 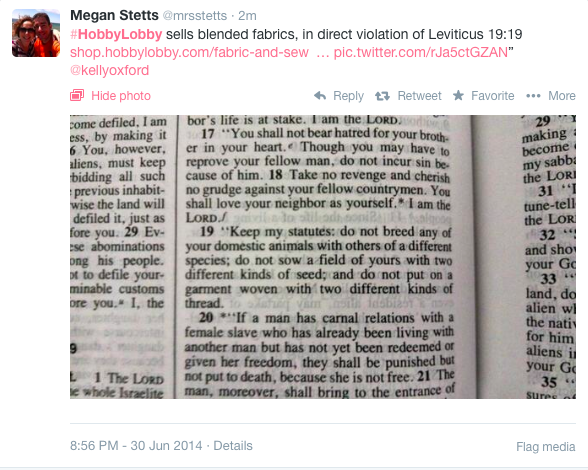