The Language of Dude Feminism

The sort of language used to assert men’s dominance over women has a pretty recognizable pattern across the cultural landscape. Men, we are told, are in charge of things because they have something women (supposedly) lack: physical strength, honor, higher cognitive facilities, or the mystique of the male organ itself. Women, sadly “lacking” these qualities, need to be “protected” from the all-consuming lusts of strange men.

This can be spun as noble chivalry, brutal domination, or a playful battle of the sexes, but at the root it’s the same: women are denied the freedoms that men take as a God-given right, assigned subordinate status, and coerced into performative gender roles.

In this dialectic, men’s protective abilities and ravaging urges come from the same place and are both aimed squarely at women. Language, of course, did not create the patriarchy, but language is a powerful method of inscribing the possible, shaping how and what we think, and justifying the status quo.

Thus, perhaps it’s no surprise that feminist outreach towards the traditional opponents of women’s liberation – i.e., cis-gendered heterosexual men — utilizes the same language as that of domination. 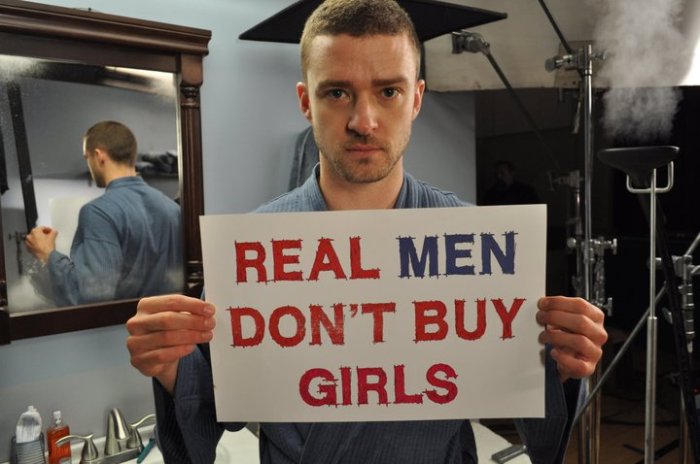 Rather than attacking the institution of masculinity itself, several recent campaigns have attempted a sort of masculinity triage, trying to eliminate violence against women, while still flattering men with the label of protector. These campaigns, such as “real men don’t buy girls,”“my strength isn’t for hurting,”are various incarnations of “how would you feel if someone said that to your mother /sister /girlfriend,”and have proven to be enormously popular, achieving prodigious re-blogs, conferences, and media airtime.

They are, by many metrics, successful, and have gotten institutions long silent on the rights of women to speak up. I believe we are the better for them, but I also believe that they do not go far enough, and we all must, as feminists, radicals and progressives, push against our comfort zones.

In these campaigns, the masculine mystique is still very present, albeit a kinder, gentler version. By flattering men’s strength and asking them to use it to protect women, we once again place men in the driver’s seat of culture, asking for them to renounce violence and be less vile guardians.

Common to all these messages is that men CAN rape, hurt, buy women, catcall or what-have-you, but they SHOULDN’T. Men, we are told, shouldn’t hurt women, not because of any intrinsic rights women may have, but because other men might do it to THEIR women, and that would be awful.

Male privilege is re-defined, but not negated, in a way that leaves masculinity unchallenged and still dominant. The wonderful, complex, and multi-faceted language of generations of queer, trans, intersectionalist and sex-positive feminism and human-rights dialogues is thrown aside completely in favor of a request that straight, cis-gendered men join the rest of the world at the big-kids table.

Again, this isn’t to say that these campaigns haven’t done good, but rather, that they should go farther. There is certainly something to be said about using the language of the patriarchy to subvert the patriarchy, or of using privilege to end privilege, but it’s not clear that’s what’s being done. Rather, it looks as if men are given a privileged place in the feminist movement, one where they are praised for simply not being terrible and their much-vaunted power remains intact.

Moreover, the bar for male allies has been set tremendously low. In contrast to the sacrifices, acts of bravery and daily fights women and LGBTQ people are expected to take on to achieve equality and justice, men are asked simply not to buy people, physically abuse people, or rape. The fact that this counts as progress is a sad indictment of how much work there is left to do, but that, I believe, is all the more reason to not sugar-coat it or water down the message.

Feminism has made great strides against patriarchal oppression in much of the world, and perhaps to finish the job, to make a world of true equality, the message cannot be compromised or simplified. Males in the movement should (and can) be challenged and encouraged to act not like a virtuous “real man,”but like humans. 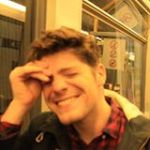 About the author: J.A. McCarroll is a NYC-based writer, anthropologist, and baker. He works in reproductive rights and volunteers with Canimiz Sokakta and the Rules. Tweet @jamccarroll.