A man in San Francisco almost paid the ultimate price for standing up to street harassment.

Ben Schwartz was walking with his girlfriend Nov. 15 in the Tenderloin district when a man catcalled her twice. Schwartz responded, asking the man, “Can you please just stop?”

What happened next demonstrates why women understand that these comments are not compliments.

According to the San Francisco Chronicle, “The man stabbed Schwartz nine times in the back, face, neck and arms, puncturing a lung … gashes on his arms required about 60 stitches each, while the cuts to his back just missed his spinal cord.” 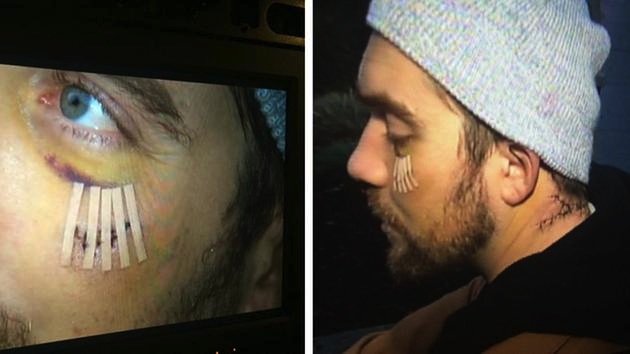 Sadly, this is nothing new. Verbal street harassment has turned violent numerous times. In September 2013, for example, a 14-year-old girl was run over for refusing a stranger’s sexual advancements. In January 2013, a woman was sliced and stabbed for doing the same thing. And in October, two women were brutally attacked in the span of two weeks — one shot and killed, the other’s throat slashed — when they turned down men’s overtures.

What’s more, a national study titled “Stop Street Harassment” found that of the 65% of women who report being harassed on the street, “41% of all women [experience] physically aggressive forms, including sexual touching (23%), following (20%), flashing (14%) and being forced to do something sexual (9%).”

Catcalling is about power. Street harassment is not about making a woman feel good. Nor is it provoked by what women wear. Indeed, contrary to popular misconceptions, catcalling often isn’t about women at all but rather exerting a form of aggression and control. And as those who have experienced this power dynamic understand that such aggression comes with potentially violent, even deadly, consequences.

In light of the power dynamics behind street harassment and the potential for violent retaliation, it’s no surprise victims would feel trapped. But meeting the issue with silence won’t make it go away. Organizations like Hollaback! and Stop Street Harassment offer useful toolkits and resources for fighting street harassment and cultivating productive conversations about it.

Because no person should fear for their safety when they walk down the street.

Like Loading...
‹ Girl on Fire: A Feminist Stop, Drop and Roll
I Confronted The Man Who Sexually Assaulted Me in Public. This is #MyStory. ›